Connect your balena App to Ubidots

Learn how to add the Ubidots block to your balena app.

Written by David Santiago Pachon Robayo
Updated over a week ago

BalenaBlocks are pre-built container images that developers may use to add important functionality to their multi-container apps, allowing for rapid prototyping and development. In this tutorial, you will learn how to easily integrate Ubidots into your balena app by adding the Ubidots block to a Fleet.

NOTE: In the tutorial, it is assumed that you already know how to create a fleet and a device in balena, in case you need guidance on how to do it you can check the balena documentation here , and also you can refer to the first two steps of this tutorial to get started with balena and Ubidots.

You can use any of the examples found in this repository, for this tutorial, we’ll use the Python version and we will create the app or project on a local computer by copying the example found there. 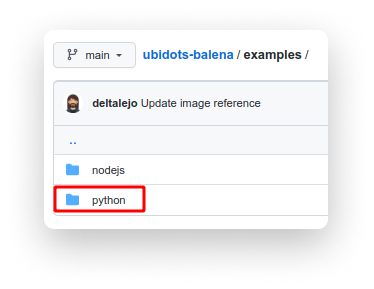 The code inside the main.py file generates random data which is sent to a device and also to a variable using MQTT to a broker running in the Ubidots Block.

2. Add the Ubidots block to your project 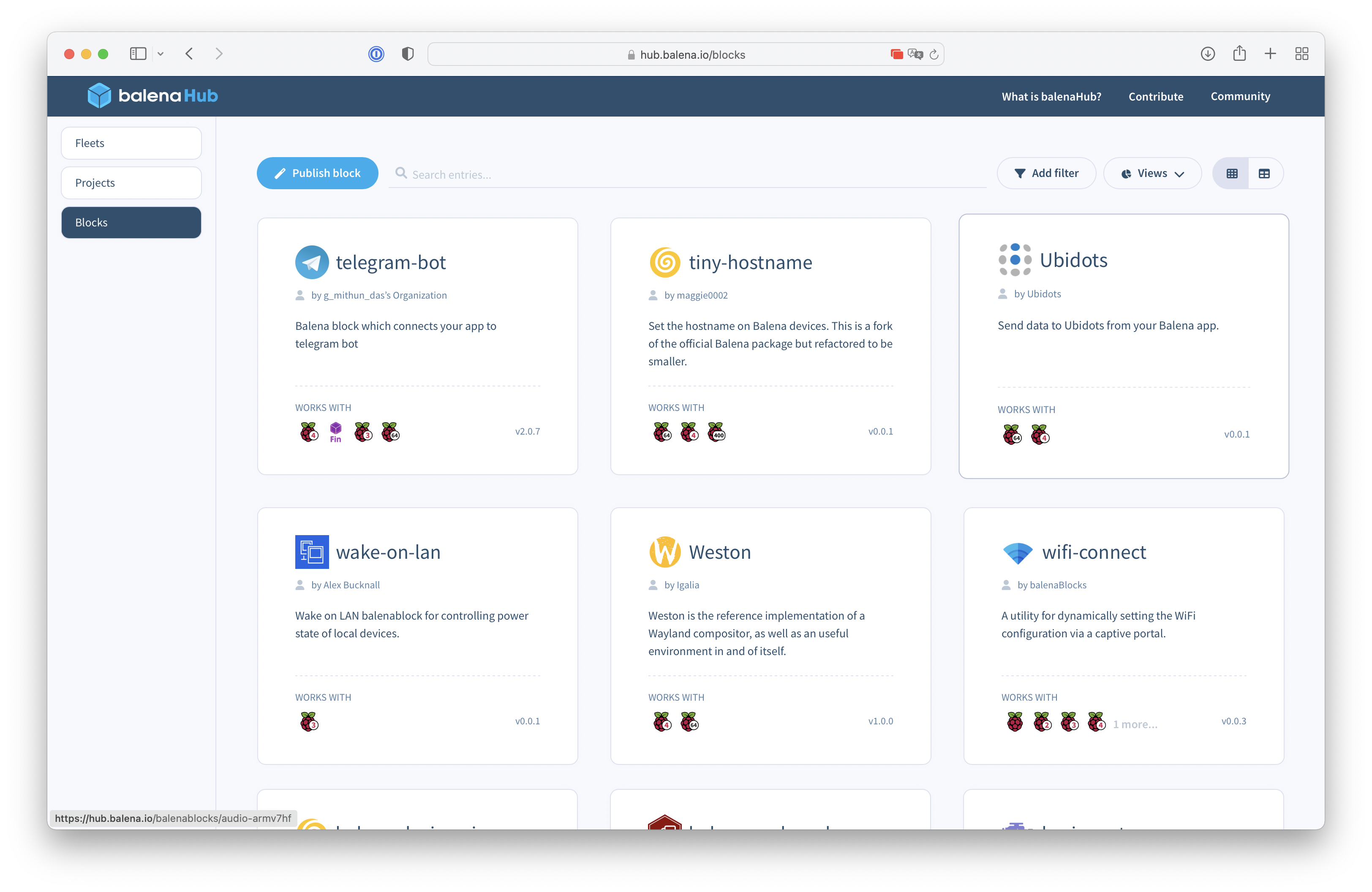 Don't forget to include your Ubidots token as a device variable as can be seen below. 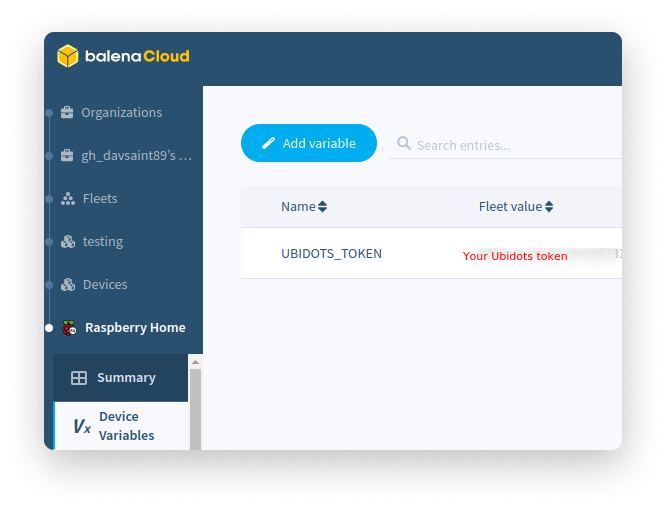 While standing on the folder where you have your project, log in to your balena account using the balena CLI and then run the command:

Once the process concludes you will see the release id and version along with the image of a unicorn. 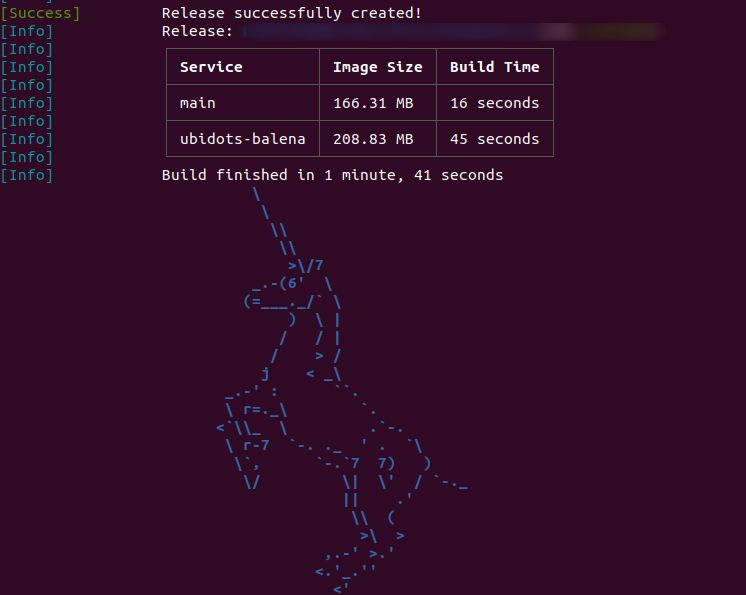 You should be able to see the data received by Ubidots in your account as follows. 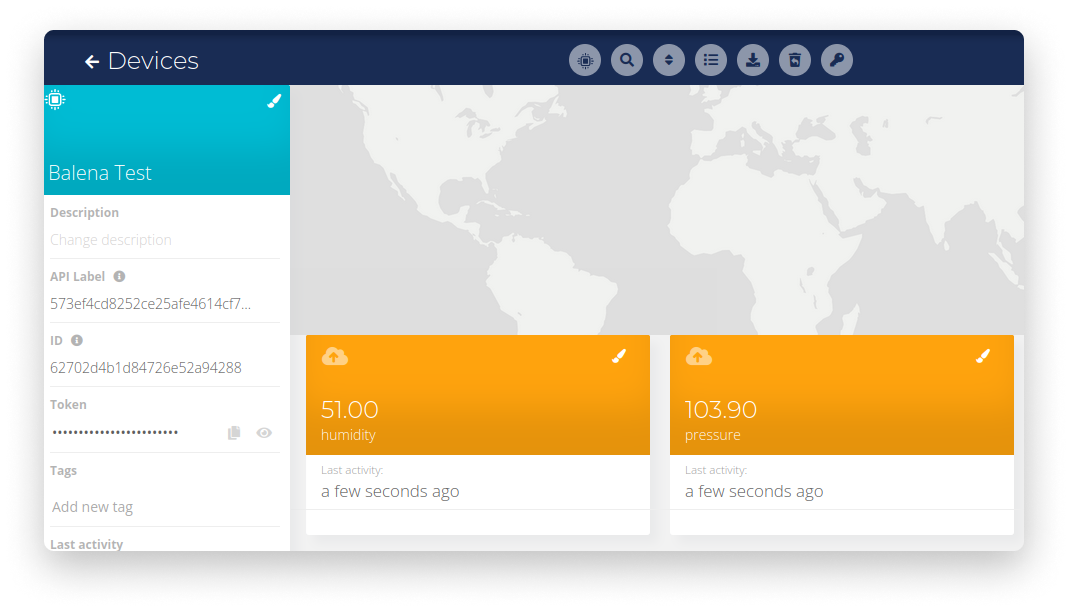 The Device label will be the same as the UUID provided by balena.