Connect an Onion Omega2 to Ubidots over TCP/UDP 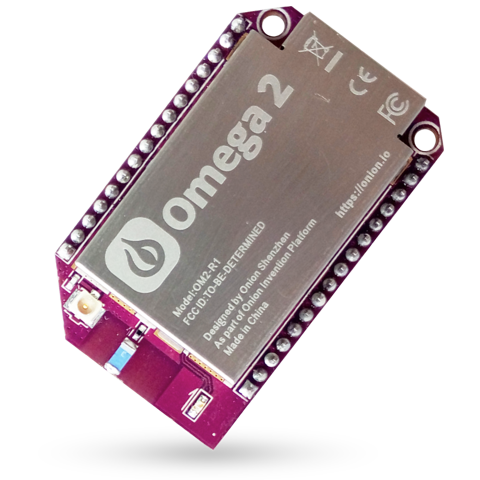 The Omega is an ultra small Wi-Fi development board. Based on Linux, this board was designed specifically for wireless IoT applications. Despite its tiny size, the Omega comes with everything you need to connect your project to the Internet. Then once sending your data to Ubidots you can develop and deploy your custom IoT Application to end-users with ease.

By working through and completing this guide you will be able to send data taken from the pins of the Omega2 board to Ubidots in just a couple of minutes!

1.  Turn ON the Omega2 board by connecting it to your computer using an USB Cable.

2. Wait until the amber LED stops blinking, indicating that the Omega has booted up.

3. Establish the connection with board over serial by using the command line. This step is going to be different based on the OS of your computer.

Refer to the below steps to connect to the Omega based on your computer's OS:

4. After establishing communication with the board over serial, it's time to setup the WiFi connection. To do this, run the command below:

Then,  follow the instructions provided and assign the SSID and password of the chosen network to establish the connection to the internet.

5. With board properly connected to internet, it's time to upgrade the firmware of the Onion Omega2. To upgrade all the packages available, run the command below:

Then, update the board with the last packages previously upgraded. To do this, run the command below:

With the following sample code you will be able to send readings taken from the inputs #5 and #6 of the Onion Omega2 board to Ubidots.

In the command line execute the following steps:

2. Copy and paste “ubidots.sh” inside the file and modify the parameters located at the bottom of the code to match with your preferences:

To save the file changes in the nano editor press Ctrl + x , then type “Y”  and press the enter key.

3. Finally, run the file inside the Onion Omega by using the following command:

With your Omega now connected to the Internet and transmitting data to Ubidots API, you will fins a new device created called “Omega” in your Ubidots account.

With this simple tutorial you are able to send data to Ubidots with the ease of Onion Omega2 hardware. If your wish to find more examples to handle context or timestamp values in your request, you can learn more about Ubidots REST API by clicking here.

Now its time to create Ubidots Dashboards to visualize your data and deploy your IoT solution!  Happy Developing! :)

Other readers have also found useful...