All Collections
Technical Resources
Setting up a Raspberry Pi

Setting up a Raspberry Pi

This guide will demonstrate how to setup your Pi, how to burn the Raspbian images, how to establish connection, and more.

Raspberry Pi has become household name for us developers, not only for prototyping and educational purposes, but also for problem solving and quick solutions in businesses and production environments.

Beyond the small size, low cost, and fully operational Linux OS, the Raspberry Pi carries with it the distinct advantage to interact with other peripherals (sensors, actuators, and beacons) through GPIO pins (General Purpose Input/Output Pins).

This functionality will allow you to code pretty robust hardware applications without being an expert in embedded electronics.

To learn more about the Raspberry Pi, check out their official page here.

1. Setting up Raspbian in the Raspberry Pi

To begin with the Raspberry Pi, you first need to download and burn the Raspbian image onto a microSD card. Then, place it in the Raspberry Pi to start working interacting and developing your IoT solution. To setup your Raspberry Pi, simply follow the below steps closely, paying attention to any special notes along the way. 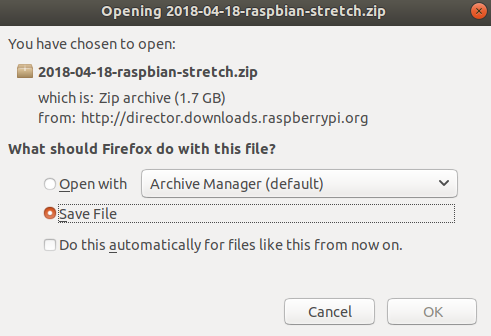 NOTE: You can also setup your Raspberry Pi with other Official images. Further, alternative distributions and images are available from third-party vendors. You can refer to this page to check out some other images supported.

2. Now with the image downloaded, you need to unzip the .zip  file previously downloaded which contains the image file (.img )  to be written into the microSD card. See below for how to unzip your file.

IMPORTANT NOTE: The Raspbian image with Raspberry Pi Desktop image use the ZIP64 format, so to uncompressed the zip file, an unzip tool that supports this format is required. Below you will find a few zip tools that support ZIP64 based on your OS:

3. There are two ways to burn the image previously downloaded in the microSD card:

Etcher is a graphical SD card writing tool that works on Mac OS, Linux, and Windows and provides a friendly interface making it an easy option for most novice users. A greatest feature of Etcher is that it support writing images directly from the zip file, without needing unzipping the file.

To write your image with Etcher follow the steps below:

This option shows how to write the image with an more technical mind. Please reference to your OS and check a detailed explanation of each step provided by Raspberry Pi pages below:

Now with the image burned into the SD card, it's time to establish the connection and access the Raspberry Pi.

The Raspberry Pi will let you establish the connection to any network through a wired connection (Ethernet) or wireless connection (WiFi). Now let's talk about the which type of connection is the most suitable based on the method desired to be use to access the Pi.

You can access the Raspberry Pi in two different ways:

The Desktop interface is a friendly interface of the Raspbian image similar to the user experience when working with your PC. For this, you must connect a monitor, keyboard, and mouse to the Raspberry Pi as shown below. 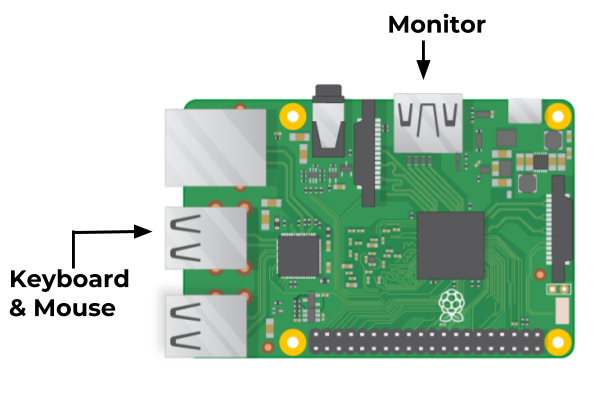 With everything connected to the Pi, boot the Raspberry Pi by connecting it to a standard AC power outlet. Once the board boots properly you will see a friendly desktop Interface displayed on the connected Monitor and, at this point, you now have access to the Pi!

Next, to establish connection between your Pi and the Internet, locate the WiFi icon in the upper right-hand side of the display and select the correct network you can communicate with and assign the password. This process is the same as if you were working with any common PC.

NOTE: If you desire to establish a wired connection, just plug in an Ethernet cable between your router and the Raspberry Pi.

For more information of the Desktop interface, simply refer to this guide.

Don't have an extra monitor, keyboard, nor mouse to boot your Pi?  Don't worry! You can access the Raspberry Pi remotely from another computer connected to the same network as the Pi using your computer's terminal and SSH.

First, you need to enable the SSH interface. To do this, you must create an empty file called "SSH" located in the boot partition of the SD card which contains the Rasbian image. For additional information to creating an SSH within the boot partition, reference to step "3. Enable SSH on a headless Raspberry Pi (add file to SD card on another machine)" from this official guide by Raspberry Pi.

After your SSH has been created in the boot partition continue with this tutorial to establish access to your Pi.

Then assign the default credentials to access to the Raspberry Pi:

As you can see in the image below, once you have access to the Pi, your username will update from the user’s PC to that of the Pi. For example, we can see that my SSH updated from mariahernandez@mariahernandez: to pi@raspberrypi:

Once you have access to the Raspberry Pi, update the list of available packages and their versions to begin designing your IoT solution with everything up-to-date.

Now you are able to setup the Raspberry Pi remotely without needing an extra monitor, keyboard and mouse!

For more information about SSH, refer to this guide.

If additional configurations related to the topics below are required follow the next steps: 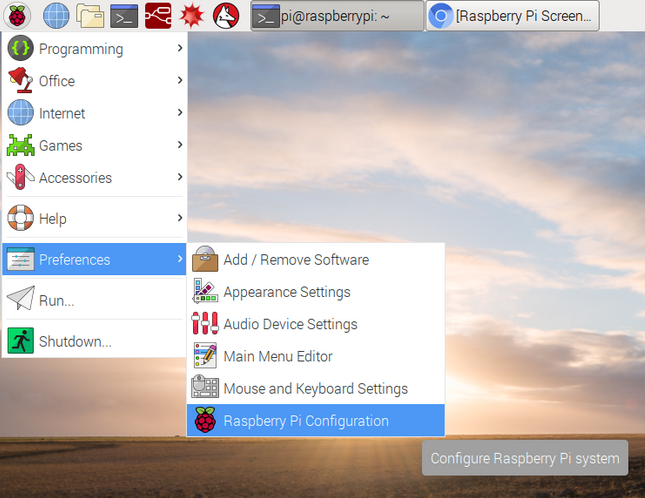 In the following window you will be able to start configuring your Raspberry Pi based on your needs.

1. Write the command below to open the configurations, then press enter:

The following window will appear. Now you will able able to start configuring your Raspberry Pi to fit your Application's needs: 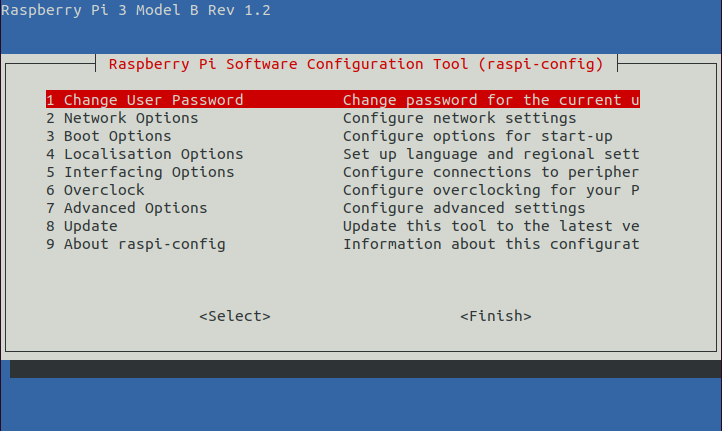 Other users found these articles useful...